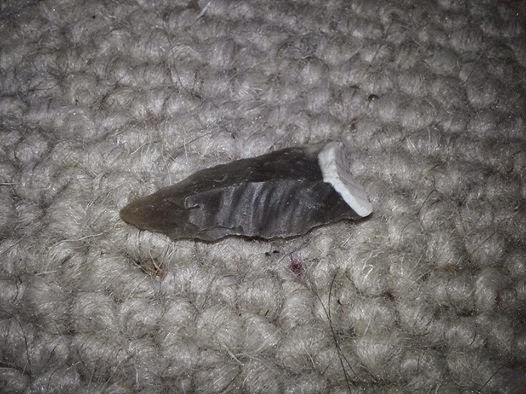 I was at a loose end for an hour on saturday. It was a nice sunny day, so I sat on an upturned plant pot in the garden and played with flint for a while. I'm not very good at this, I don't really practice enough, but it's always interesting to experiment.

Digging around in my flint pile, I found a lump of cortex covered flint that a friend brought back from the seaside. After a few handfuls of sharp gravel due to frost damage, a good thwack with a 1kg hammerstone took a nice 2.5cm Levallois flake off. It would probably have been usable as a projectile point without any further work, but that's not what I was looking for.

Ten minutes of percussion flaking with a small hammerstone shaped the point a bit more symmetrically, and took a few parallel flakes from the edge to the ridge, but didn't thin it out at all. Since I was aiming for Solutrean, that was a bit of a fail. 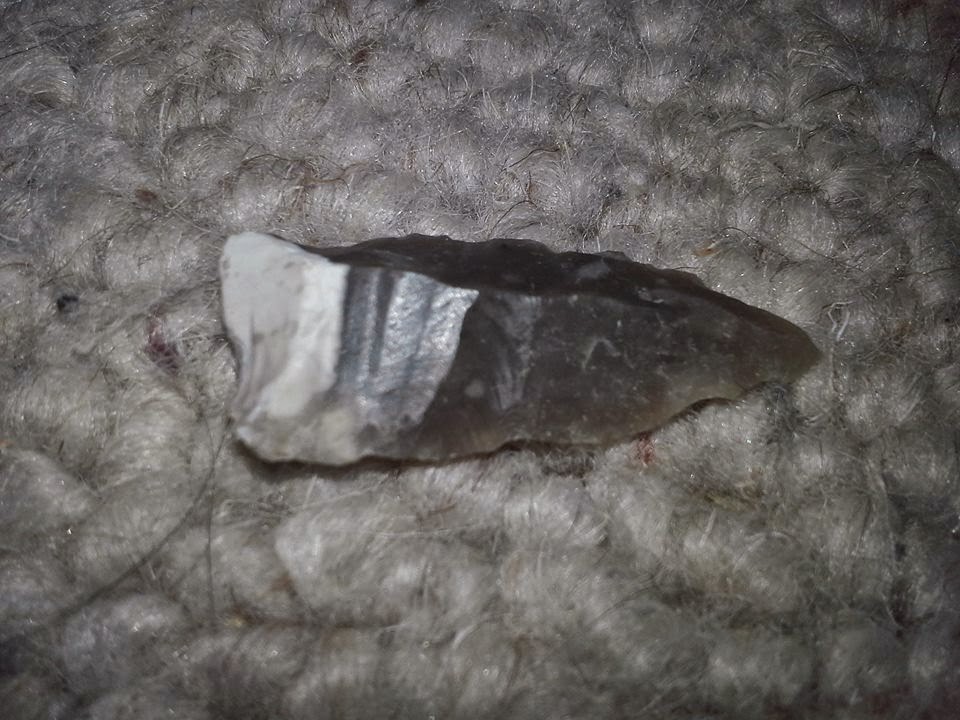 I figured out later whilst mentally running through the process what had gone wrong, and it was the usual - I hadn't worked out what I was trying to do. Flint knapping consists of 3 steps for every single strike:


I had missed out steps one and two. What I should have done was create a platform to allow a strike like this: 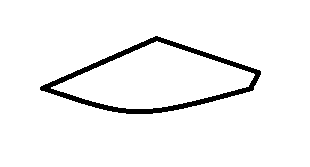 Then struck the platform to fracture roughly along the red line. 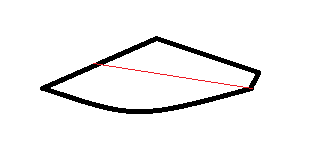 and continued to do that along the edge of the flake.

It's easy for modern humans to look at flint artefacts and think they look rough, and unsophisticated. Intentionally shaping flint is extremely difficult, especially with percussion only, and learning how takes reflection and understanding as well as physical skill. While I intellectually knew that human cognitive ability probably hasn't really changed in tens of thousands of years, nothing brings it home like trying to work flint.

MrHare
I live in the North of England. It rains a lot here.